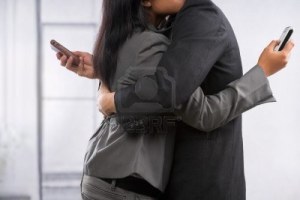 Men claim women are more susceptible to cheat; women assume it is only natural for men to cheat. The accusation and counter-accusation goes on and on and sometimes deepens into a war of the sexes – for those on the extremes – as much as it deviates from the entire goal of trying to expose the cheat and such behaviors, irrespective of who it was, in the first place. Interestingly, after much is spewed, we still revolve back to the unsolved puzzle; who is the cheat?

Well, the cheat could be the man, the cheat could also be the woman. The cheat is basically anybody who pledges whatever commitment in their relationship than they could afford. Not only is a cheat the one who defiles their matrimonial or sex bed, the cheat is also the one who, consciously or unconsciously, create loopholes in their relationship as well as encourage such defilement; whether it remains a possibility, becomes a reality, or comes unstuck.

Having a partner is one thing, ensuring the safe-keep of your partner is another thing. Once the green light is given to another who plans on dislodging your partner, automatically, a cheat has occurred. Whether the green light was faint or bright, it is worthy to know it leads the other person on thereby causing them to put negative pressure on your relationship, which could be dangerous given the scheme of things.

If eventually you find that person that makes you see no reason to find another, then whenever another comes knocking your relationship door, whether as an initial friend or as a contender for the place of your partner, it is best to politely turn them down with the satisfaction and guarantee that what you have is good enough and eliminate any signs of future vacancy to avoid lurking. In that case, there would not only be drastically reduced arguments and accusations of who the cheat is but rather a celebration of the relationships we make for ourselves.

I welcome your thoughts.

What are your thoughts? Cancel reply

This site uses Akismet to reduce spam. Learn how your comment data is processed.

Mojito: A lesson from Barcelona.